Last Thursday, April 22nd, the first in a series of three ACCT live webinars took place. Let's Talk Science featured invited speakers Annelie Brauner, Vikram Khullar and Niall Galloway and looked at bladder and bowel dysfunction from a scientific perspective. During the event a lot of questions were received for the three speakers, but unfortunately there was not enough time to answer all of them live. In this blog post you are provided with the opportunity to take part in their interesting replies as well as view the results from the polls again. 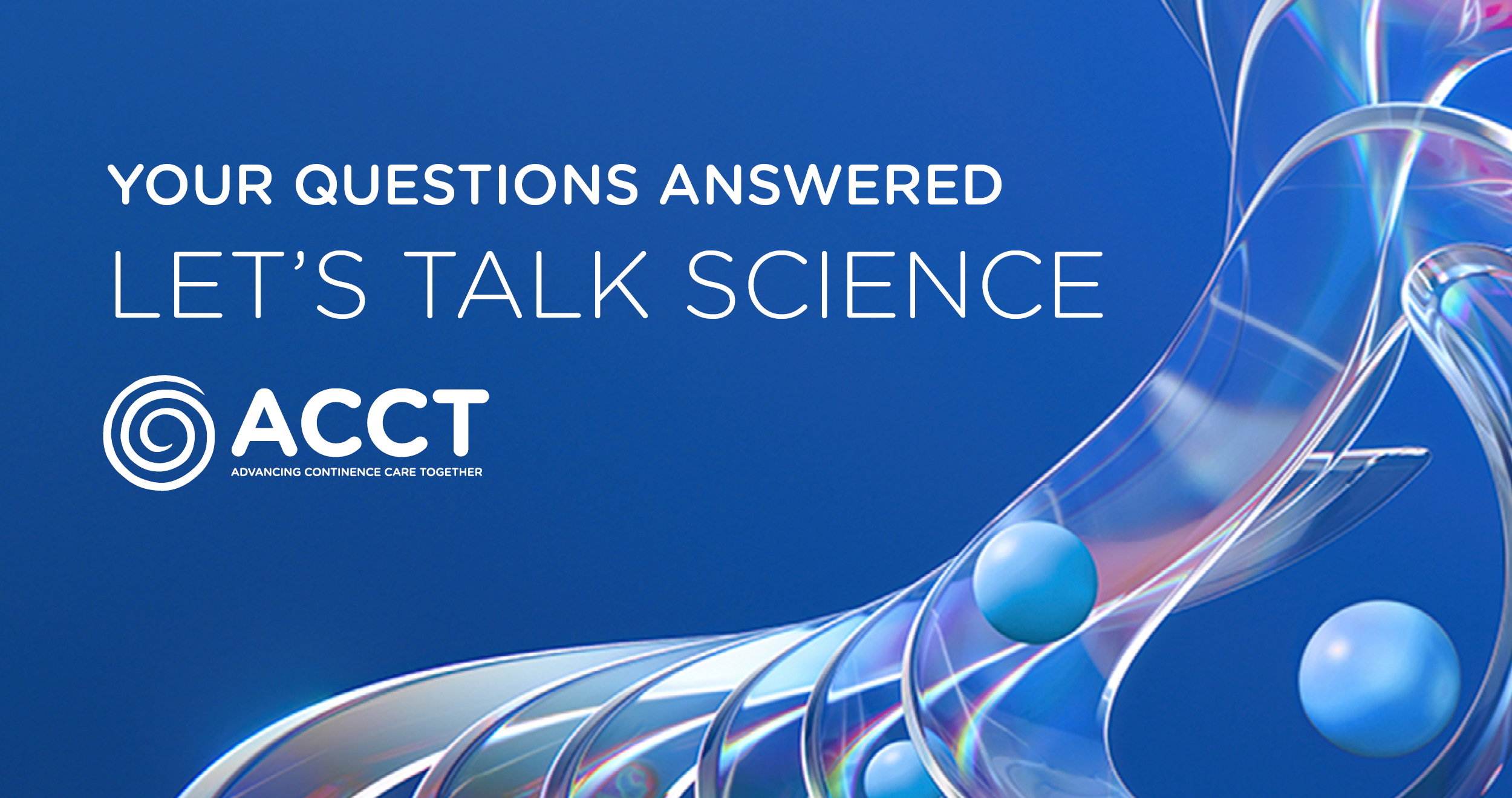 There seemed to be a great interest from the audience in knowing if conservative treatments like cranberries could have an effect on preventing recurrent UTIs. This question was asked to the audience prior to Annelie Brauner's presentation and the poll below shows that the majority thought that this was possible by using a combination of antibiotics and cranberries. However, her concluding message was that there is no scientifically proven effect of cranberries and it’s not a good enough method to prevent UTIs. To obtain an effect one would need to take such large quantities that it would instead have a negative impact on the stomach and teeth etc.

One of the additional questions for Annelie was the following: “Do cranberry tablets have good concentration? Or do both cranberry drink and tablets not have enough dose? And combination with D-Mannose?

The answer from Annelie to this relevant question is that regarding UTI, there are yet no conclusive evidence that antibiotics can be replaced by alternative treatments like cranberry or D-mannose.

Despite their worldwide popularity, biological dietary supplements demonstrate little clinical efficacy for disease prevention. This has partly been attributed to poor water solubility and extensive pre-systemic metabolism. Phytochemicals, like type A proanthocyanidines in cranberries are highly lipophilic and when ingested, they are not adequately solubilized in the gastrointestinal tract. While antibiotics have high bioavailability, proanthocyanidines have very low. It has therefore been suggested that the active cranberry concentration should be much higher than normally used to allow good effect.

The question whether cranberry tablets have the right concentration is therefore important and based on the above mentioned studies, the lack of efficacy may partly be due to the low concentrations used. D-mannose is a monosaccharide that can prevent bacteria and especially E. coli to adhere to uroepithelial cells. Moreover, it is easily absorbed and can be excreted in the urine. Some studies have been performed, but the clinical studies are small and do not allow conclusions. Only few studies have been performed with the combination of only D-mannose and cranberry and therefore proper evaluation can not be performed. Well-designed clinical trials are needed to investigate the possible use of D-mannose alone or in combination with cranberry.

Prior to Vik’s presentation the question "what normally causes a UTI" was asked. There was a shared outcome from the audience that the main reason is bacterial colonization or that they may be associated to changes in the urinary microbiome. As Vik explained this doesn’t have to out compete one another. 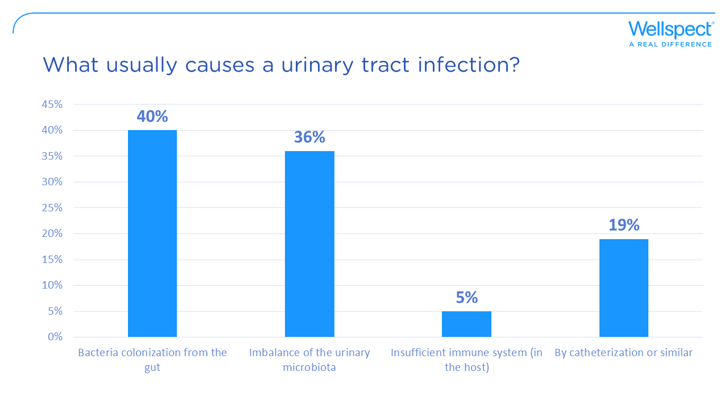 We had a well-educated audience that understood that the link between bowel and UTI’s is multifaceted. It’s related to the fact that bladder and bowel share the same embryological origin and thereby also share same innervation and obviously should have a link due to their close anatomical location. It’s also related to constipation leading to an incomplete bladder emptying and residual urine is a known risk factor for UTI. Besides this, we have the well-known phenomena that bacteria from the gut travel via the urethra and colonize the bladder. 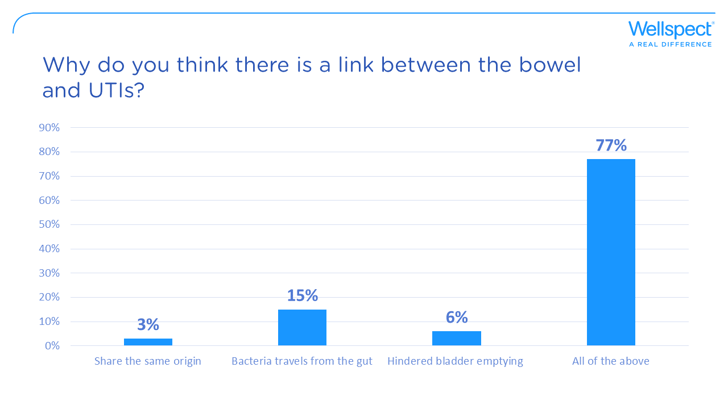 Did you miss the webinar or want to watch it again?