These symptoms of the lower urinary tract should be addressed early, as it may continue throughout adulthood, leading to significant morbidity. 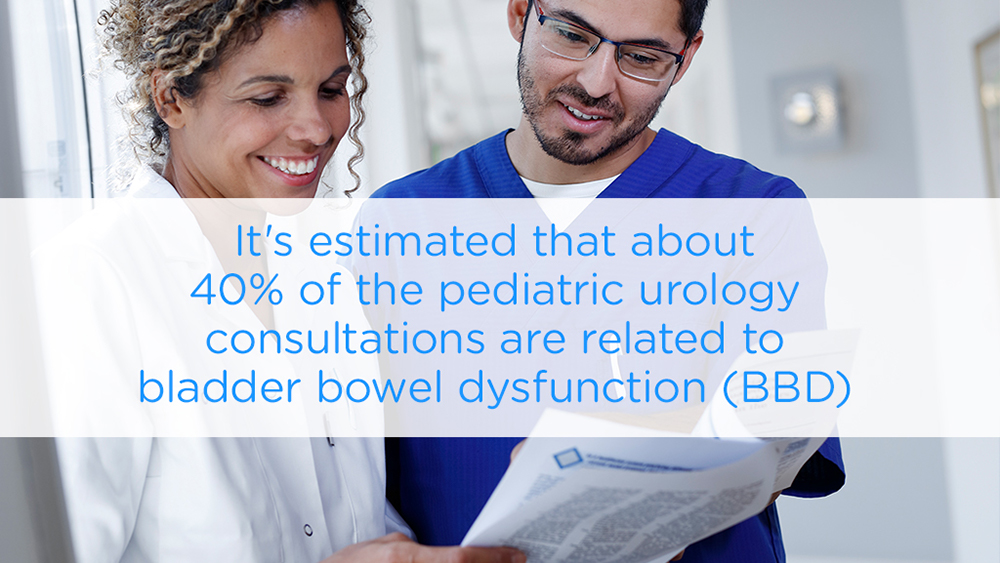 Combined bladder and bowel dysfunction (BBD) is a fairly common problem. The true incidence is not known, but it’s estimated to be the cause for about 40% of the pediatric urology consultations.

The concept BBD refers to a variety of symptoms of the lower urinary tract. Given the close interaction between the bladder and bowel due to their common innervation, as well as associated pelvic floor muscles, patients often also present with bowel complaints.

The stigma associated with wetting and bowel accidents can significantly impact the patient, leading to isolation and shame. It is important to address these problems early as it may continue throughout adulthood, leading to significant morbidity.

Over the past 30 years, there has been an increasing understanding of BBD leading to better diagnostic criteria and treatment methods. Also to standardize the nomenclature used for conditions or diagnoses associated with BBD has helped to improve communication, research, and treatment across the various disciplines that are involved in diagnosing and treating BBD.

The scientific literature has shown a higher incidence of BBD in children with neuropsychiatric disorders such as ADHD, probably since most of the control of sensation of bladder filling and emptying is processed by the same areas that are involved in executive functioning disorders. These symptoms, in the setting of ADHD, can be more challenging to treat.

The primary method of treatment should include behavioral modification with timed voiding and pelvic floor relaxation. For symptoms that are persistent after an adequate trial of behavioral modification, pharmacological and surgical treatments can be considered. It is important to take a complete history in the setting of a possible BBD diagnosis. This will help differentiate between a functional problem and, less commonly, a structural/anatomic or neurologic problem that may present similarly. A history of symptoms that should be included are outlined in the full text article.