People living with spinal cord injury (SCI) or multiple sclerosis (MS) often encounter bladder and bowel dysfunction. Urinary and bowel dysfunction have a significantly negative impact on the patients’ quality of life, by limiting social and physical activities. These problems often become more severe with increasing disability and in addition poses major costs to the society. 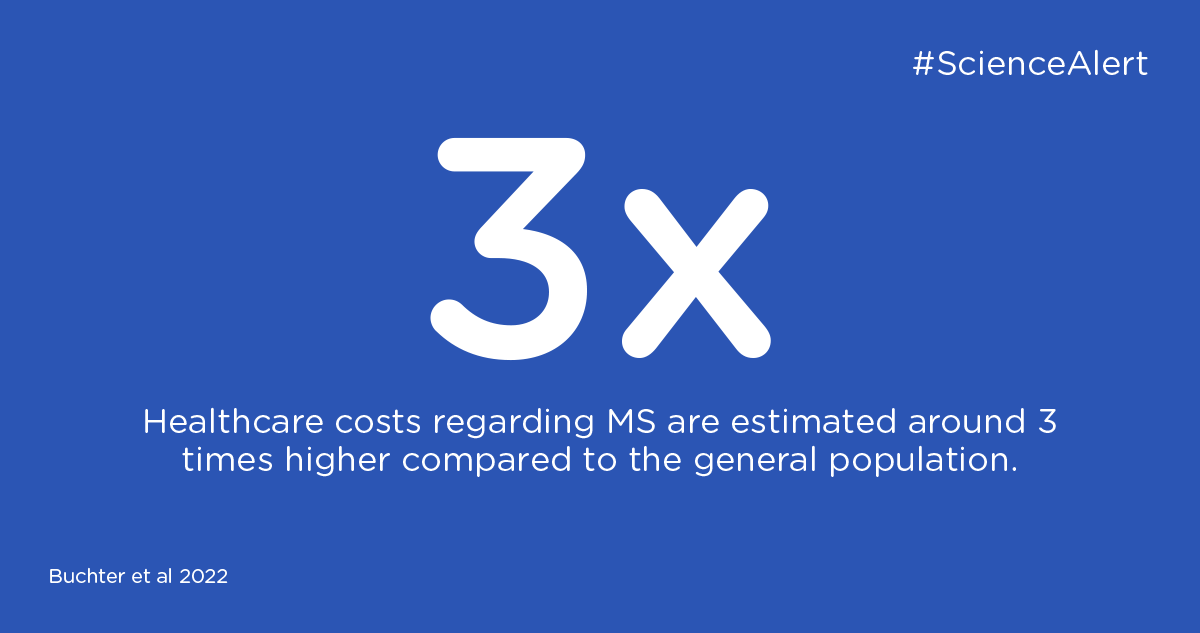 The aim of this study was to estimate the burden of illness of SCI and MS the first year after diagnosed bladder dysfunction. Data was extracted from registers covering all Danish citizens. 2132 individuals with SCI and 1887 individuals with MS, all diagnosed with bladder dysfunction, were included in the cohort and matched to healthy controls. The study groups were followed for one year to analyze associated costs.

The fact that SCI and MS are costly conditions for the healthcare system is well known. Healthcare costs regarding MS are estimated around 3 times higher compared to the general population. However, it is important to include loss in earned income when the total economic burden of such debilitating conditions are estimated. Buchter et al. is the first study to analyze total healthcare utilization and societal costs in a real- world setting the first year after a diagnosis of bladder dysfunction among people with SCI or MS. The data showed the total healthcare utilization and societal costs per patient-year to be 10 times higher for SCI individuals compared to controls, and 6-fold higher for the MS group compared to their matched controls. The number of days in hospital was increased 28 times in the SCI group and by 10 times in the MS group, compared to respective controls. Besides associated health care costs, this was mirrored by a reduction in earned income by 2–3 times for the SCI and MS patients compared to the general population. 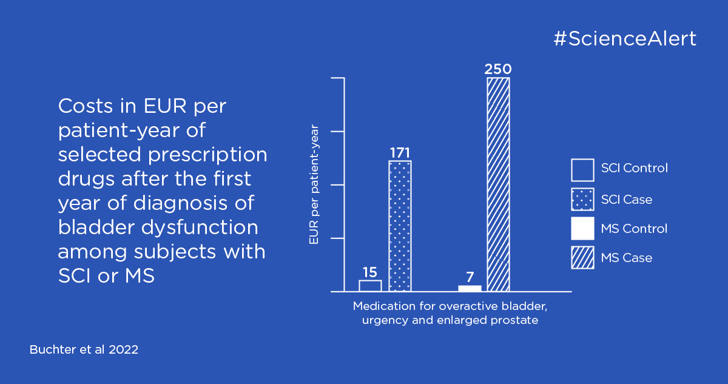 Healthcare utilization and costs of bladder and bowel complications

Buchter et al. also focused on healthcare costs specifically related to bladder and bowel complications in individuals living with SCI and MS. The UTI cluster was the main cause of hospitalization and responsible for the longest duration in hospital, and also the factor corresponding to the highest costs. This referred to both SCI and MS groups, compared to their respective controls. The annual costs of hospitalization due to bladder and bowel complications alone were 1471 Euro per patient-year for SCI individuals and 824 Euro for people with MS, revealed by the current data. As MS and SCI are often diagnosed in individuals of working age, both level of employment and amount of income is calculated to be about 50% lower compared to the general population. The authors showed that individuals from both the SCI and MS groups were more likely to be fully or partly out of the workforce, retire early, and receive disability pension and sick pay. The earned income loss did not seem to be fully compensated by the increase in income transfer payments, which indicates that the conditions severely impact the personal income level. 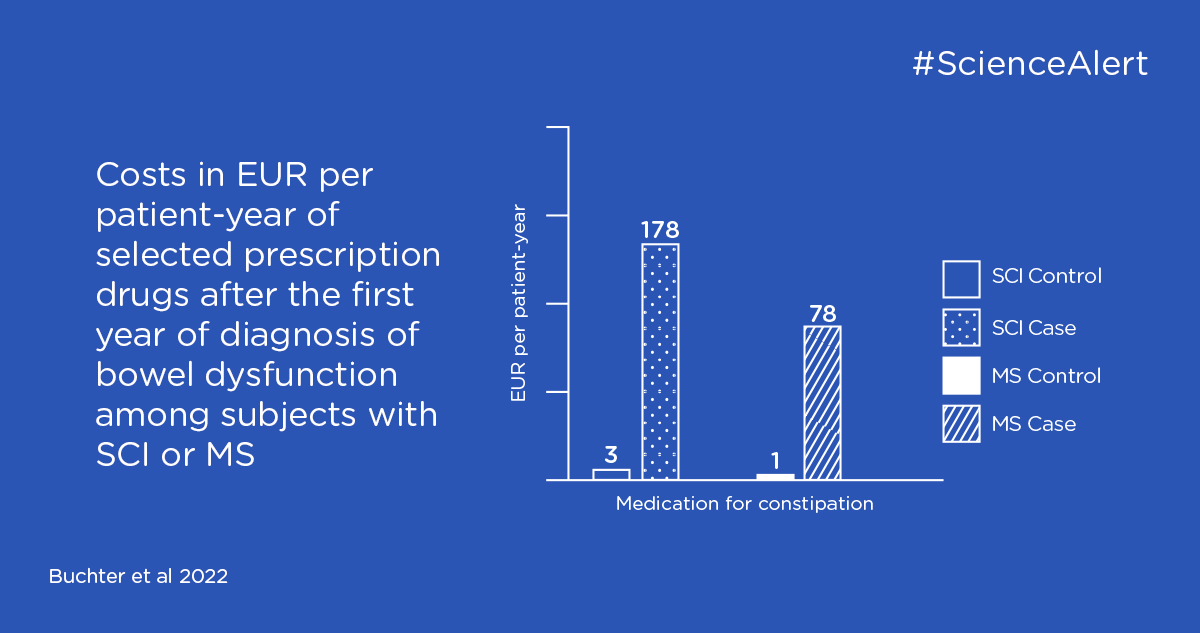 Impact of urinary incontinence on quality of life

Bladder dysfunction (or urinary incontinence) is the leaking of urine that may be difficult for individuals with SCI or MS to control. It's often an isolating and embarrassing condition and may lead to burdensome complications. The current results support this view by demonstrating that multiple, serious, and costly complications accompany bladder dysfunction – either directly or indirectly due to catheter use. UTIs were associated with long, frequent, and costly hospital admissions. Antibiotics with UTI indication were up to 15 times higher among SCI and MS individuals compared to matched controls. UTIs may induce kidney disease and sepsis, which both typically require hospitalization.

The current study found an elevated frequency of Neurogenic bowel dysfunction with symptoms of fecal incontinence or constipation, which considerably increased the number of days in hospital and use of medication in SCI and MS individuals compared to controls. The severeness of bowel complications were highlighted by a dramatic increase in medication costs for constipation, with a 59-fold increase in SCI individuals compared to controls and 78-fold increase in the MS group compared to the general population.

Buchter et al. highlights the importance of doing the best in attempts of avoiding severe complications leading to hospitalizations and burden both for the individual and healthcare:

“A strengthening of prevention of bladder and bowel complications at an early stage after diagnosis of bladder dysfunction seems desirable, since the subjects are relatively young and have a possibility to gain several healthy years. Thus, this requires an optimal bladder emptying solution, such as intermittent catheterization (IC)”.

Importantly, the use of IC has been shown to be cost-effective due to long-term decreases in costly complications. Additionally, optimal management of neurogenic bowel dysfunction is essential. Self-administered transanal irrigation has been shown to reduce symptoms of neurogenic bowel dysfunction at a lower total cost to society than conservative bowel management.

Join us for an ACCT Webinar with focus on bladder and bowel management in relation to Multiple Sclerosis!

Want to learn more about the impact that bladder and bowel symptoms may have on the quality of life in people with MS? Register for our upcoming ACCT webinar where our invited speakers will discuss bladder and bowel management in relation to MS, as well as the clinical practice of using TAI and IC as a treatment option.